VA refinance and forbearance is causing a lot of headaches for veterans, but it’s confusing underwriters even more.

Refinancing either after or during forbearance is possible with a VA IRRRL or even a cash-out refinance with no waiting periods after the forbearance.  This is unique to the VA loan.

Can I refinance my VA loan while in forbearance?

As a matter of fact, the VA loan is the only option that allows you to actually refinance while you’re in forbearance. So some of the most common questions that I get around this topic is can I refinance my loan while in forbearance? And the answer is, absolutely, Yes.

But VA will actually let you do so.

What are my options after forbearance?

So typically once you exit forbearance you go through what’s called a workout waterfall. And really what that means is working with the servicer to determine the best way to get back on track and start making payments that you can afford on your VA loan.

Some options that are available are loan modifications that will spread out the skipped payments over time temporarily increasing your monthly payments. There’s a deferment option where they take the amount and they put it on the end.

The one thing that your servicer cannot do as they cannot require you to pay the entire forbearance amount, the entire all of the skipped payments.

They can not require you to make all of those payments upfront. And as a matter of fact, you can refinance while you’re still in forbearance. That may be one of the options you refinance it, you pay off all of the past due and maybe you fell behind on bills during COVID or something like that.

How long do I have to wait to refinance?

The question that we get a lot of, and this is really confusing to me because there is an underwriting guideline that specifically addresses this, is how long do I have to wait to refinance a VA loan after forbearance?  We already discussed that you can actually refinance your VA loan while you’re in forbearance.

Have questions about qualifying for a Mortgage? CLICK HERE

There is no waiting period after a forbearance obviously because you can refinance while you’re in forbearance, but this is causing a lot of confusion, and this is where underwriters keep getting it wrong. VA underwriters.

On a pretty consistent basis, loan officers and underwriters are misreading the guidelines about whether there’s a waiting period or not.

So let me give you a little bit of background before I really unpack what this guideline is.  The background is that the Veteran’s Administration was having a lot of problems with predatory lenders that were refinancing veterans, and then a couple months later coming back and refinancing them again.

This was really common when interest rates were dropping. So these companies were calling a veteran refinancing. I’m not giving them the lowest rate that they can give them, then calling them back in a couple of months and asking them to refinance again.

I believe it was the beginning of 2019, the VA changed their guidelines to protect veterans and not allow what they call churning. So part of those guidelines is that you have to make six consecutive payments on any VA loan. You can refinance it into another VA loan. Okay.

Now this is really important to understand you need six consecutive payments.

When the cares act came out, when COVID-19 it took a while for the VA to start releasing guidelines on how they were going to treat people coming out of forbearance after they went into forbearance. So right around June or July, they actually did come out.

I think it was June and they released guidance and they basically said, you can’t count the skipped payments against a veteran. So the payments that were skipped cannot be used against you. They cannot be counted against you. Now you do have to have made six consecutive payments. So here’s the guideline that’s actually in the circular.

The borrower must make at least six consecutive monthly payments on the loan being refinanced. And here’s what throws the underwriters off. The example they give is this, for example, In a case where a borrower has made five consecutive payments before invoking the cares act, that borrower would need to make six additional consecutive payments after the forbearance, in order to meet the seasoning requirement.

So if you refinance, let’s say you refinanced in 2019, and you made seven payments on your loan. And then COVID hit and you went into forbearance as long as you had six payments prior to court for Barrett’s. Then you can refinance immediately with no waiting periods. I cannot tell you how many people cause this isn’t the first time I’ve written about this.

I have another article about this on fmwh1oldlive.wpengine.com and I get this question all the time from consumers that are being told by their lender that they have to wait six months or they have to make six payments before they can refinance that is 100% wrong.

What I can, 100% promise you is that if you made six payments prior to forbearance, there is no waiting period. And you are eligible to refinance either while you’re in forbearance to pay back the past due payments and maybe catch up on some bills. So you can either do an Earl, an interest rate reduction refinance without taking cash out.

Or you can do a cash out refinance. Pay off some bills consolidate your debt that you racked up during COVID. And then. Finally pay off the past due skipped payments or any skipped payments that you had after that or during the forbearance. So if you have VA questions, it’s very important that you speak with a VA expert.

I hope you found this helpful, and if somebody tells you that there is a waiting period before being able to refinance your VA loan after or during forbearance, I hope you didn’t take no for an answer.

Thank you for your Service, thanks for listening, and I hope this helps. 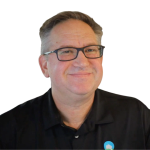 A 20+ year veteran of the Mortgage and Real Estate industry, I am passionate about educating and empowering consumers. I have been writing about consumer protection issues and making sense of complicated real estate and mortgage topics on this website since 2007

Do You Have Questions About Qualifying?

Find a Mortgage Expert Near You

Find a Mortgage Expert by State